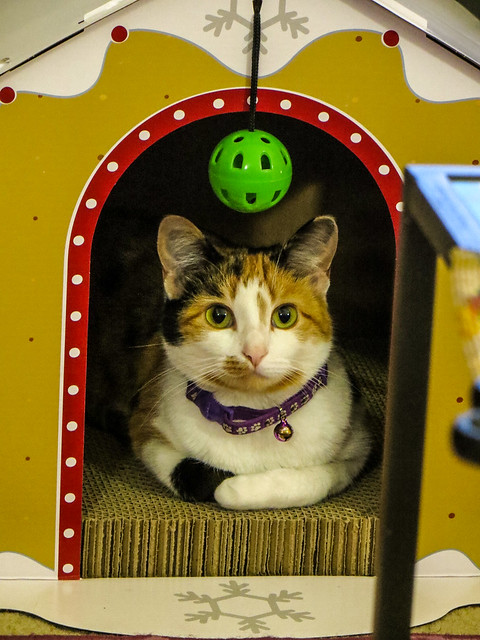 Happy New Year!
I hope everyone’s start to 2016 was a good one. I spent most of the first resting and reading, but we did go out for a couple of hours to survey the flooding in Valley Park. The waters had gone down some, but, as you can see in the photos below, there’s still quite a bit under water. 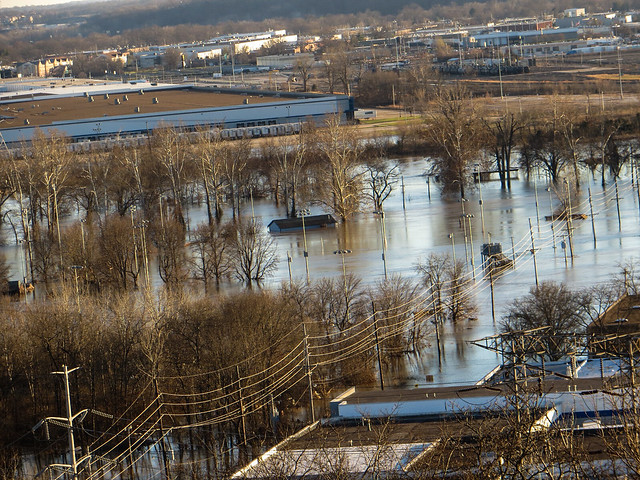 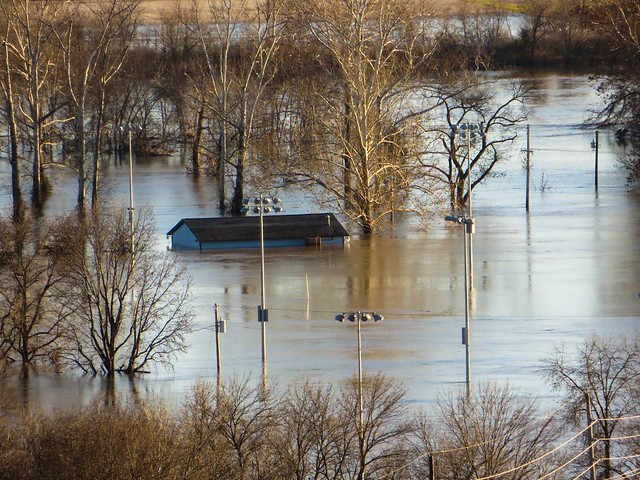 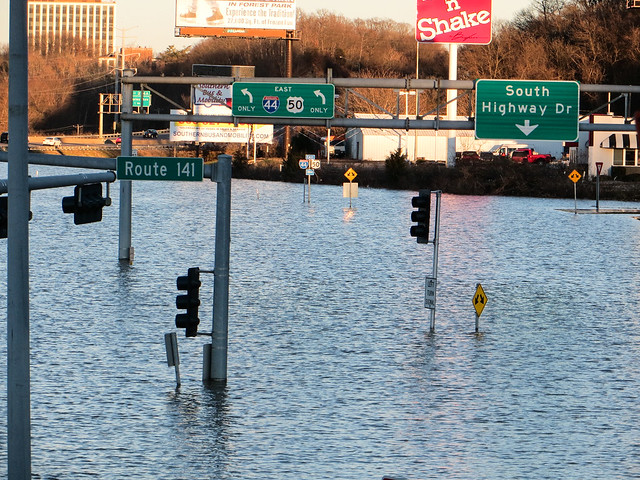 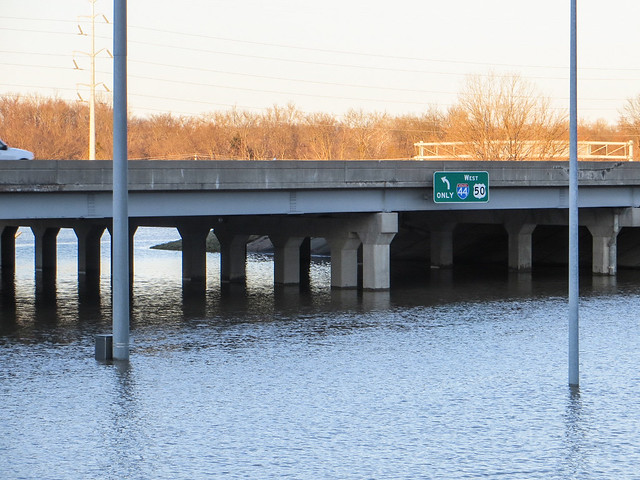 The rest of my evening was spent snuggling up with this cute kitty below. 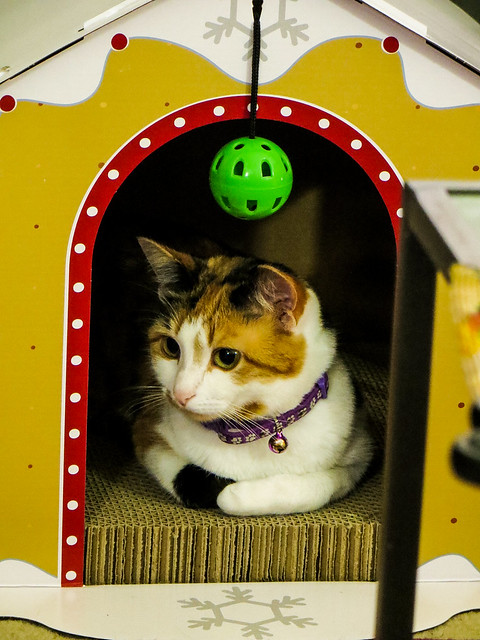 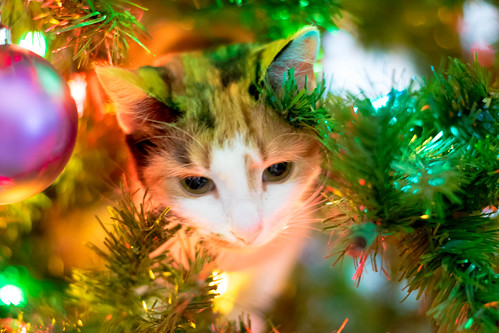 2015 has been a difficult year for me and those around me, so here’s hoping the new year will be much better for everyone. I’m sure most have heard about the flooding going on here in Missouri. I live quite close to the affected areas, but luckily we live on higher ground, so we’re fine. My roommate went out on Wednesday morning to see the rising waters and take a few pictures and you can view them here – Historic Flooding in Valley Park, MO.

Ending my last post of the year with an update on the little calico (pictured above) from the previous post. I’ve named her Sogo and she’s doing much better now. She seems to be fitting in well with the others, though she’s still cautious around them at times. She seems to be happy here and that makes me happy.

Of course the first picture of the new year is going to be a feline.

My New Year’s Eve was uneventful, but relaxing. New Year’s Day was about the same, but I did manage to finish a a clay project that I’ve been wanting to get done.

These were meant to be Christmas presents for ALvino, but work and my Etsy shop had me pretty busy during the holiday season, so I never got a chance to start on them. I still need to sand and glaze them before I ship them off. I hope they like them!

I hope everyone had a happy start to the new year☆

I hope everyone had a happy holiday☆

All the times that we’d visited Japan before, we never made it to Tokyo Disney, so we decided that we needed to go to there at least once and what better time than Halloween! Also, it’s Tokyo Disney’s 30th anniversary, so there were double the decorations. We ended up going with a friend of ours and her friend and, since we went in the evening, it was half off the ticket price! I don’t think Disney World and Disneyland have that sort of price special, but it would be awesome if they did seeing as the full price tickets are so expensive anymore. Anyway, as far as rides go, we only rode Space Mountain. I think it took us nearly two hours to actually ride it because the line was so long, but we had fun.

After Space Mountain, we went around the shops and the character houses. This cuteness was outside of Minnie’s house.

I loved it! I loved the expressions on the cat’s faces too! I wish I had been able to get a photo at a better angle, but this one was good enough.

After we were done with the shops, it was fireworks time! I took a lot of pictures during it that I’ll post later. Some of them came out a bit blurry, so I’ll pick out the best ones to post.

And that’s my short Tokyo Disney experience. Next time, I want to go during the day and spend more time there.

As expected, we awoke to a lot of snow this morning. It wasn’t a pleasant ride to work, but it could have been worse. The roads weren’t as plowed as we thought they should have been, but we’ve driven through far worse. Of course, I would have loved to have just stayed home in bed all day, but I like having money, so not going into work wasn’t an option.

Work was irritating and I’ll leave it at that. Also, I think I might be coming down with something, so that didn’t help my mood. Here’s hoping that I can ward off whatever it is.

After work, my day got much better with yummy pizza and a package from a friend of mine in Thailand, so my night ends on a happy note.

First photo of 2014 (pay no attention to the clock in the back; we have yet to change the time on it), Phantom as always. Kitty is very offended by the smell of beer.

My first day of the year wasn’t all that exciting and even felt somewhat gloomy thanks to the overcast skies. It’s supposed to start snowing again tonight, so that means that the drive to work in the morning wont be very fun and very cold.

Today wasn’t all a loss though, I did get a few things done that needed to be done and also changed and registered my domain. My handle here and other places has been moecona for a few years now, but I felt that, the blog at least, needed a change and this one is a bit more personal to me. Aside from that, my roommate installed my new graphics card for me, so my computer is running a lot smoother than it was. It was starting to get impossible to play many games or go on any site that had flash without it crashing. So far, I’m happy with it!

This weekend, if I’m not having to work OT, I’ll be working on my layout. I meant to have that done before today, but with the computer crashing so much, I didn’t want to take a chance on losing any editing work.

Stopping here for now so that I can watch more of The Twilight Zone marathon before I have to go to bed, so good night! I hope everyone had an enjoyable start to the new year.

I wanted to write up one last entry for 2013 while I still have time. About 30 minutes from now, so it’ll be a short one.

2013 was full of ups and downs for me, but over all it wasn’t such a bad year. I got to visit my family after not having seen them for two years, got to be there for my grandmother’s 80th birthday. I had the chance to visit Japan, again after two years, and got to see my friends and meet new people, see new places. Sure, there were a lot of disappointments and bad points this year, but the good that happened made up for those.

I think I’m ending this year happier than I was last year and I’ll do my very best to keep that feeling. That’s my only resolution. Be happier.

I hope everyone has a happy new year☆

I hope everyone had an enjoyable Christmas. Mine was nice and I had a great time with my friends later in the night.

BBCA had Doctor Who running all day, so that’s pretty much what we watched. We watched the new Christmas special as well and that was so-so. I actually fell asleep near the beginning (I blame it on three glasses of rum and ginger ale), so I can’t really give a proper review on it. I woke up in time for the last five minutes of it and that was a bit confusing and I decided that I didn’t really need to see all of it. This season had been full of not so great writing and the Christmas special didn’t seem any different. I’m also not that sad to see Matt Smith go. Yes, he was a good Doctor, but not the best ever. Honestly, I don’t have a favorite and think that they’re all too great in their own ways to call just one the best over all.

Also, after this poorly scripted season, I do hope they refresh their writing because I think Peter Capaldi’s Doctor will be great as long as they give him a decent script and not waste his talent.

Anyway, enough about all of that. Later on in the evening a friend of ours came over and we ended up watching episodes 1-3 of Jojo’s Bizarre Adventure (the recent TV anime) and that was highly amusing. I wouldn’t recommend it for everyone because it’s not really for everyone, but if you love nonsense and enjoy great action animation, then this might be for you. And, of course, one of my favorite voice actors, Koyasu Takehito, voices the villain. I do love his villains. He’s just perfect at them, even better if they’re flamboyant, it just fits him. Watching that made me excited for the upcoming Stardust Crusaders which will be out sometime next year.

And that was pretty much my Christmas. Here, have a Phantom with one of his new toys. 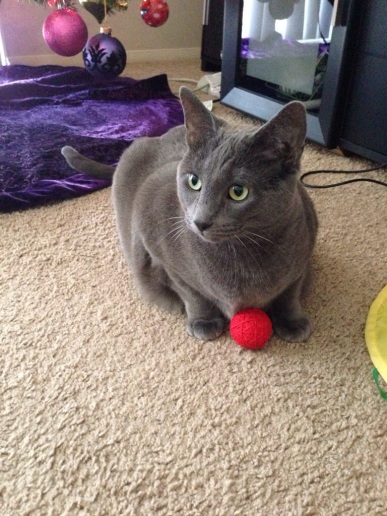 Hard to believe Christmas is tomorrow (rather, in less than an hour for me). It’s felt like this year has sort of flown by in a strange way and Christmas sort of snuck up on me and I’m not quite ready. A lot of gifts from me to my friends are going to be more like New Years gifts instead. Oh well, it’s the thought that counts, right? I’ve been working a lot of OT at work since I’ve come back from Japan, so that’s delayed my gift getting. Just no time or energy to shop.

My Christmas Eve was uneventful and somewhat stressful compared to previous ones, but I did get some delicious rum to end my night on a good note.

Anyway, off to bed with me. I hope everyone has or had a happy holiday☆ 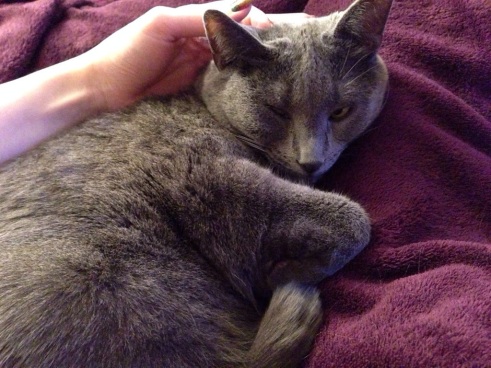