We have two guests this week! As I mentioned in a previous post, we went to a stargazing party and the couple that hosted it has two pretty kitties. One was a bit more sociable than the other, so I was able to take quite a few pictures of him. He’s a cute little guy! 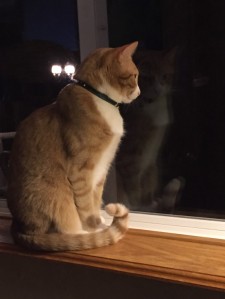 His housemate came out a little later. She’s shy, but very friendly. Sadly, I didn’t get a good picture of her because the other one kept distracting her. She’s a pretty kitty as well!

And a bonus shot of two I usually see when I wake up. 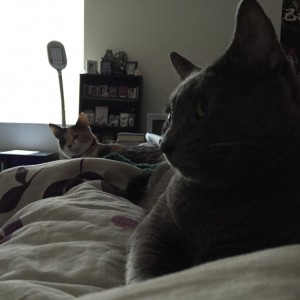